How the Internet has transformed the Media

Television has enjoyed a good few decades of dominance when it comes to being the preferred medium of choice, as far as consumption is concerned. It was called ‘the reading killer’ by Raul Dhal and the Buggles claimed it killed the radio star, but these days it seems that television as we know it is under attack and doomed to die thanks to the internet, which has done a good job at providing more diversity in catering to viewer choices, easier distribution of media and channels, and it has shifted control from traditional media gate-keepers (like Multi-choice and ETV) to the masses and start-up companies like Sorele Media, who can produce, consume and distribute content over the World-Wide-Web at a fraction of the cost, effort and time it took in days of old.

But how exactly have these changes unfolded, and what has been their effect on television? Well, to answer that question, one needs to start a little further back in our history.

The Reception of Television

The first transatlantic television signal was broadcast from London to New York by the Baird Television Development Company in 1928, and although the signal was not broadcast publically, it caused much excitement. As this was the period just between World War 1 and 2, families had up to that point been used to gathering around large radio sets in their sitting rooms for entertainment and information. Storytelling was different then and relied soul on sound and melodies to catch a consumer’s interests, however this way of telling stories was challenged with the excitement and splendour of watching a tiny moving picture on a black and white screen, fitted to an oversized tube, and so television was born.

The Medium is the Message 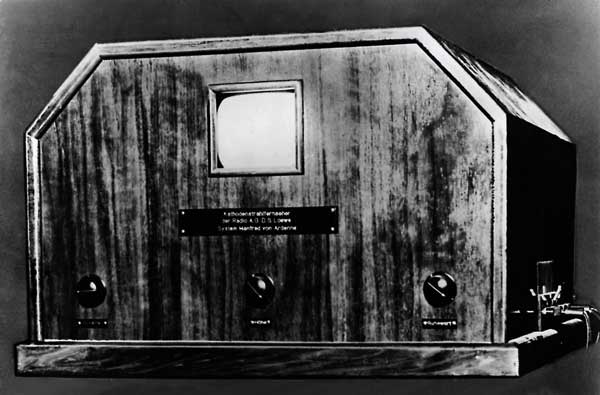 The introduction of television caused quite a stir in most societies. Children were glued to their sets instead of playing outside and prominent radio stations began to lose popularity in favour of the new medium. The effects were felt so widely that some prominent communications experts like Marshall McLuhan began to conduct in depth studies into their effects on society and culture. Television as the new technology made way for media theories that gave rise to the notion that consumers were not affected by content in a medium such as television, but were far more susceptible to the way it was presented uniquely and excitingly. This led theorist like McLuhan to predict the next coming form of media that would follow on from TV programming, something more customisable and viewer centric that could be accessed on a global scale… something like the internet as we know it today.

The World Wide Web: Piracy, Streaming and the Rise of the Opinion

So no one was surprised when the inception of the internet, and its constant development, started catering more and more to the needs of unique users. It gave the average man and woman a voice, an opinion that could be expressed globally, but most importantly it made the delivery of media content easy for everyone. TV was in trouble because of this, and reacted by injecting sensationalism, higher stakes and audience participation into their programming; while the internet just kept on delivering, becoming more of a threat to traditional television.

This brought about a transformation in the way content was being delivered and produced. Movies, shows and series could be affordably streamed, easily copied and distributed, spreading information gatekeeping control to the masses. This gave rise to a new type of programming, content that could be created by people of interests, for people of those same interests in a set of digital cultures that spanned the globe; giving rise to niche setups, education shows for educators, comedy for comedians, and media content for Africans by Africans. By doing this, the net allowed for a number of new, independent programs and channels to surface. One such channel is AZA TV, a niche South African developer. You should go and check them out.

Why You Need a Media Firm to Handle your Corporate Videos →